3 for 2 on our best selling Sleep Gummies 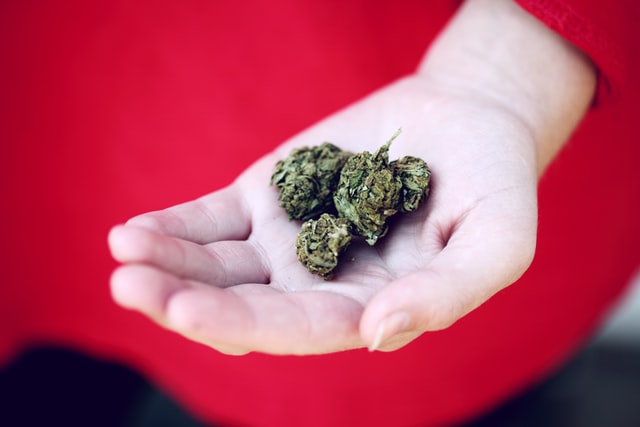 Over the past few years, the medical and food industries have been taken by storm by CBD, and Ireland is just one of the many countries that has been affected. There are lots of online CBD oil stores not to mention brick-and-mortar shops that sell hemp products these days in the shape of CBD tea, topicals, drops, and buds. But are they legal?

Here, we take a look at everything you need to know.

CBD products that are made from hemp are legal in Ireland but must be advertised as either a dietary supplement or as a food. CBD produced from hemp is legal because it has no psychoactive elements to cause the high associated with cannabis. However, is it legal to sell and buy CBD buds in Ireland? You can read more here and in our blog on CBD legality in Ireland.

CBD Buds – What Are They?

Sometimes called hemp buds or CBD flowers, CBD buds are buds produced by hemp plants. The CBD compound is found in cannabis plants but, unlike the better-known compound THC that these plants contain, CBD contains no psychoactive component and therefore causes no high. Nevertheless, CBD does have an effect on the human brain. While it may not activate the brain’s cannabinoid receptors in the way THC does, significant areas of the nervous system and brain are targeted by CBD.

Here are some common questions we’re often asked about CBD

CBD (or cannabidiol, to give it its full name), is believed to offer relieving properties but with none of the psychotropic impacts of cannabis. With this in mind, it isn’t too difficult to see why so many Irish people are interested in using it.

A lot of cafes and shops in Ireland sell legal CBD products with a THC content under 0.2% in the shape of tea, oils, vapes, balms, hot chocolate, moisturisers, and more. However, over the past few months, there has been news of the police raiding Irish cafes and shops that they believed to be selling cannabis buds. That has led to some significant confusion, since if it’s legal to buy and sell CBD products in Ireland, then why are CBD flowers illegal?

The Confusion Over the MoDA

The MoDA (Misuse of Drugs Act) is quite confusing on the subject of CBD buds and their legality in Ireland. The Act states that the entire hemp bud, whether or not it contains THC, is illegal. But if the product derived from it has a level of THC under 0.2%, the buds can be cultivated (as long as the cultivator has a license issued by the government), and the product can be sold as long as it is processed and not in its raw state.

It is on this subject that a lot of people disagree with the Misuse of Drugs Act. Some people argue hemp buds aren’t raw since they’re cut and trimmed before being dried and then cured. That means they shouldn’t be covered by the MoDA. Hemp licenses issued by the government only cover the plant’s seeds and stem, with no mention made of the flowers.

The MoDA also fails to make a clear definition between different cannabis strains and as hemp is classified as a cannabis strain, the law is applicable. Therefore, at the present time, hemp is only able to be bought and sold legally in Ireland if it’s processed and then sold in the form of tea.

Not only that, but Irish health regulations ban smoking of all plants or parts of plants save tobacco products, and if someone is arrested and charged with possession with intent to supply, the penalty is up to 18 years in jail.

The MoDA states that, for hemp to be considered legal, all the plant’s parts (i.e., the stems, leaf, and buds) must be totally separated. Therefore, in brief, CBD buds aren’t legal to be bought or sold in Ireland.

About Us
Contact Us
Why Unwind?
What is CBD?
Reviews
Blog